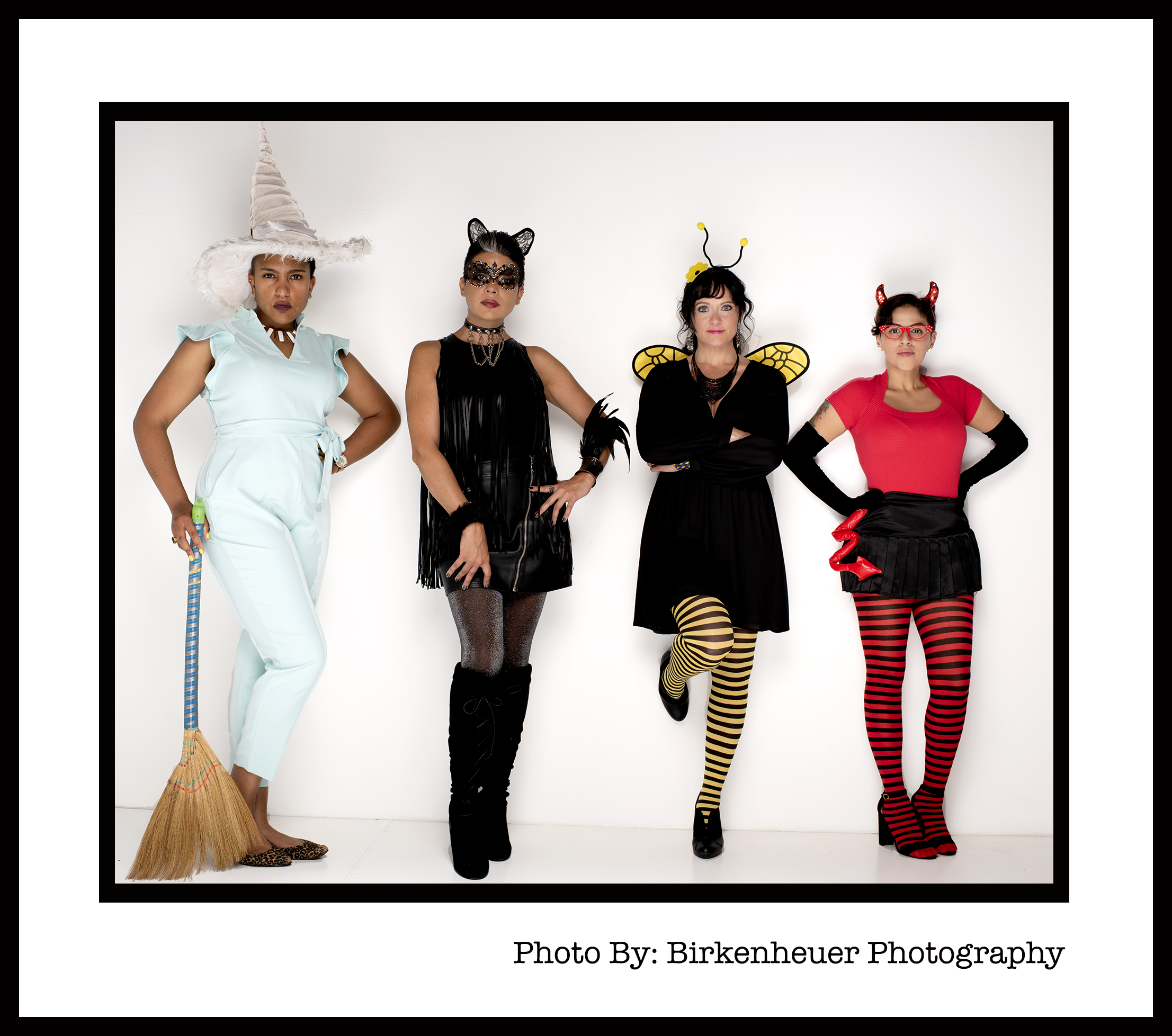 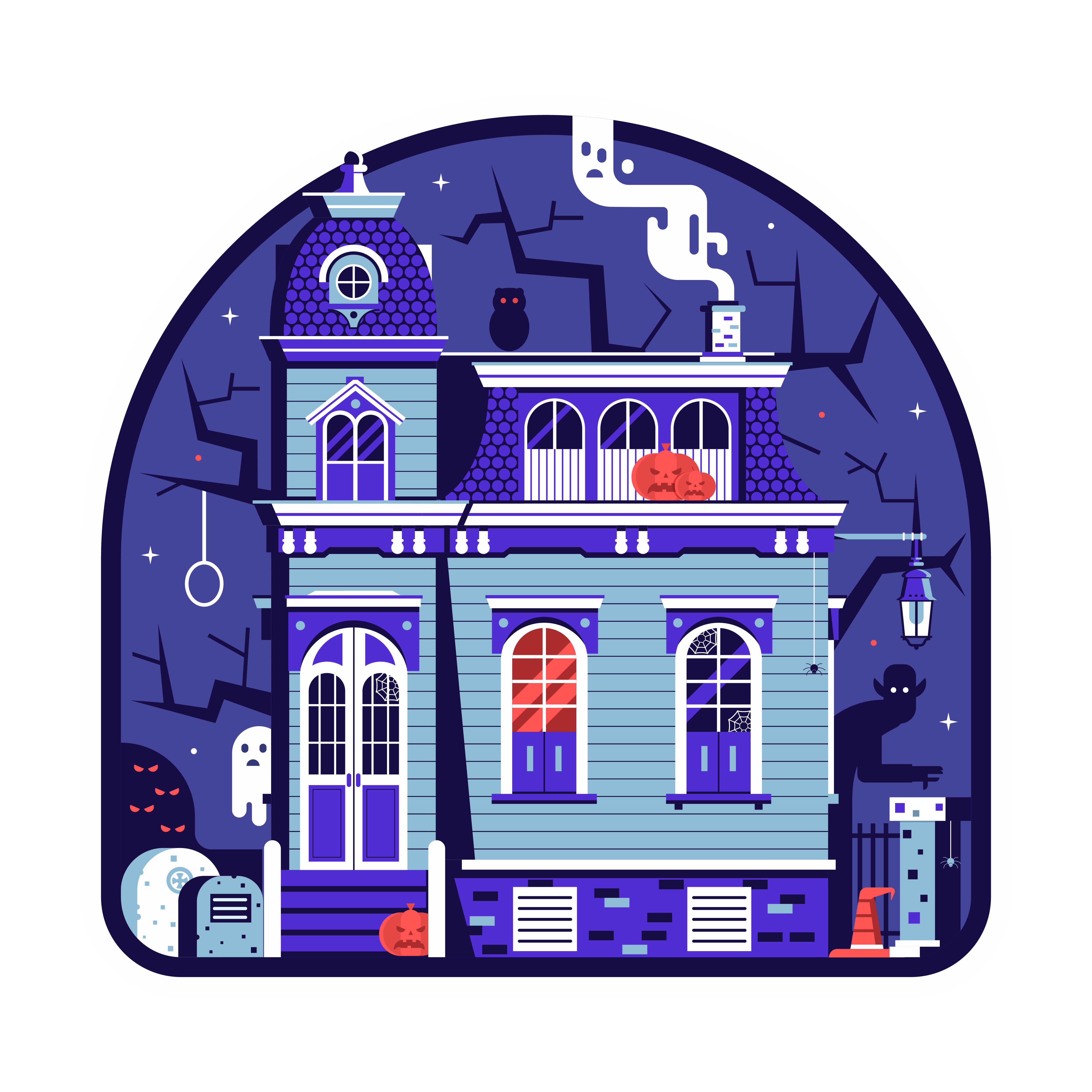 Halloween, although the spookiest of holidays, can be one of the most playful and whimsical! Choosing a costume that suits you can lead to great conversation starters that help you make all kinds of new connections or solidify bonds with those you love.

My favorite Halloween memory to date is a costume party in college where I met my boyfriend at the time. It was a very sweet “meet-cute”, as they call it. I can say without a doubt that was it not for his clever shrimp costume, we may have never met. But more on that later…

You never know how dressing up can help open the door to a conversation which will lead to someone getting to know and like the real you! How do you find a costume that speaks to you? This year, try out these ideas for how to pick the perfect costume.

For my birthday this year I bought a brand new dress. As soon as I put it on, my partner told me I looked like Tia and Tamera from the show Sister Sister. The cut and style fit the era perfectly. If I wanted to play off that show, my sister and I could totally pull it off!

You might even find a Halloween costume you used in previous years that you want to build upon. Or maybe you loved it so much you can wear it again. This is ideal if you are going to a different party with people who have never seen it. It can be nice to keep a classic costume on deck (if you have the storage space) for Halloween emergencies.

Contemplate the Vibe You Desire

To end up with a costume you’re excited about. try to think about what kind of energy you want to create. Do you want a sexy costume? Funny? Clever? What will you be most confident in and enjoy wearing most?

If you are having trouble deciding, think about your audience. Where are you going on Halloween? Are you staying in with your honey? Going to a party? Taking the kids trick-or-treating? Think about how you want to feel presenting yourself in that space. Keeping these things in mind may help you think of initial ideas (think beer maid at an Oktoberfest themed gathering) and know when to rule things out (think sexy nurse at an office party).

Consider getting suggestions from your friends, family and co-workers. They know you best, after all! You might brainstorm with friends who will think of a supposedly “great” idea for you. Does their idea match how you want to feel? If not keep looking! Whatever you decide, make sure you are comfortable in your outfit.

We have found that one of the easiest ways to choose a great costume is to team up with another person or group. It takes off a little bit of the pressure to sell the idea all by yourself. Together, you make the costume easily recognizable and this can be a big hit.

I, myself, was wearing a group costume the night I met my college boo! My close friend was hosting a Disney themed costume party. Sounds simple, huh? The catch was that you couldn’t be a prince or a princess. It was a great idea that really forced everyone to be creative!

My friends and I started to think about what we could do and eventually landed on the army men who acted as lookouts for the other toys in the first Toy Story. All we had to do was dress up in camouflage, grab some cheap binoculars and walkie talkies and we were all set! A simple and straightforward costume made creative and fun by doing it together.

Pick Something You Can Pull Off

No matter what costume you choose, if you don’t wear it confidently the look can really get lost. You have to choose something you are willing to commit to!

When my friends and I arrived at the Disney party, some of the costumes were a little difficult to identify without prompting a conversation. I love a good Disney quiz, so I quickly made my way around the room guessing everyone’s costumes.

After a while, I spotted a handsome man in a pink shirt and jeans. Immediately I saw my in, I could playfully chastise him about not being in costume. Little did I know who I was dealing with. “So where’s your costume?”, I asked. He simply replied, “Well my name is Jacques. I got invited to this party 20 minutes before it started. “I own this pink shirt so I’m Jacques the Shrimp!” He’d stumped me. I had no idea who this Jacques the Shrimp character was. He then informed me that in the film Finding Nemo there is a minor character named Jacques, a small shrimp that only has a few lines.  A pretty weak argument but, alas, it was clever, creative, and he delivered it well. It’s all about how you sell your outfit!

Get Inspiration from Your Favorite Things

What are your favorite tv shows, hobbies, interests, etc. Many times what makes a costume is having something that fits your personality so well that it makes people say “Oh, of course” when they see you. You’ll be more committed to a costume that signifies something you love. For example, for some reason unbeknownst to me, my partner loves the film Wolf Cop. One year he bought a very expensive wolf mask so he could wear it for Halloween and he now wears it every year at least once to terrify me.

No matter what costume you choose, don’t be afraid to take a risk! What is something you’ve always wanted to try but have been afraid to do? This year is the year! If you want to get a step ahead on next year’s celebration, pay attention to costumes you see this year. You may see something that is perfect for next year! Don’t forget to write down your ideas so you won’t forget.

Back to School: Tips for Organizing Inside and Outside the Classroom